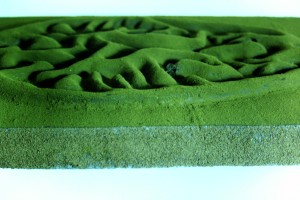 These photos are of a scale model for a proposed earthworks project in which I use soil and sod to create a large scale earth mound similar to effigy mounds built in the midwestern United States by the Adena and Hopewell civilizations. The proposal is for a two acre interactive maze made of six to eight foot high grass covered earth mounds. The design of the maze is based on a Magnetic Resonance Image of the human brain. Biological form in this context of large scale integration with the landscape establishes a relationship with the whole Earth and the local environment. My intent is to strengthen a sense of continuity with local history and at the same time record information and image that is contemporary in nature.

My idea and design won the Maze Design Competition 2000 advertised by Pyramid Hill Sculpture Park in Cleveland, OH, but was never actually built due to lack of funding. I would love to find a site and $100,000 of funding to build this. 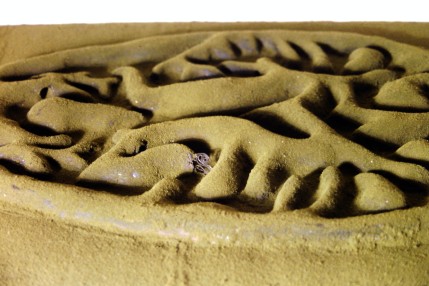